Our contractor began work on the Bocce Court Improvements in July 2020 and, in true Twain Harte community form, volunteers started pitching in right away. Members of the community helped sand and stain all the lumber, we couldn’t have done it without their dedication and hard work!

The construction was completed in fall 2020 on the 16’x24’ pavilion, expanded patio area and shade pergolas at each end of the courts. We extended the metal stair railing around the edge of the new concrete patio extension at the end of the lower bocce court to provide a safe place for players to stand in between turns.

Additionally, the rain tank that captures pavilion roof rain water for the community garden was placed. We removed the existing fence, installed a new, split rail fence and did some grading. And also added some beautiful rocking at the base of the pillars to add to the rustic charm that complements our mountain community.

The final piece of the puzzle was the landscaping aspect which was a huge success thanks to the amazing group of volunteers who came out and planted the area around the bocce courts and the new rain garden and bioswale that runs from the rain tank in front of the skate park. Additionally, the team from Watershed Progressive (Regina, Eli & Jami) hosted a phenomenal workshop that included education on drought tolerant, native planting and rainwater harvesting.

With the project complete, we were ecstatic to be able to celebrate and dedicate the Bocce Court Improvements to Twain Harte CSD's and Twain Harte Homeowner’s late board member, Jim Johnson.

This project would not be possible without the tremendous dedication and hard work of our community members, a Sonora Area Foundation grant, a State water conservation grant and many generous donations from residents and businesses. Thank you! 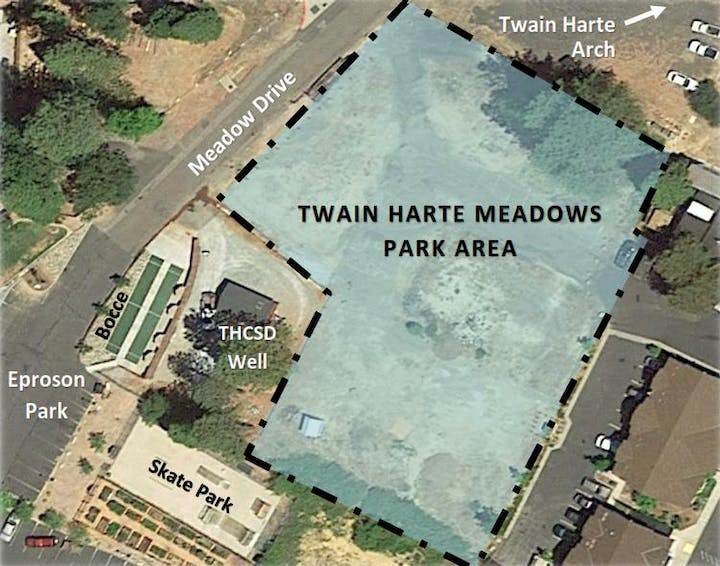 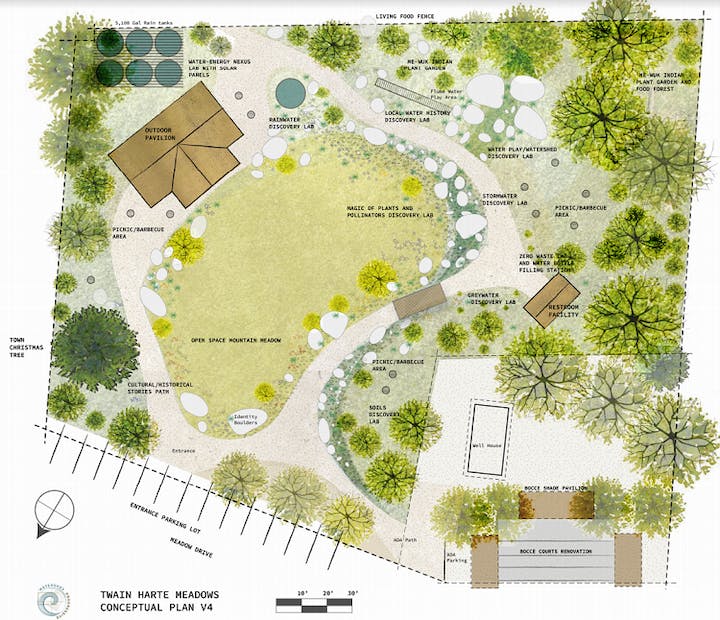 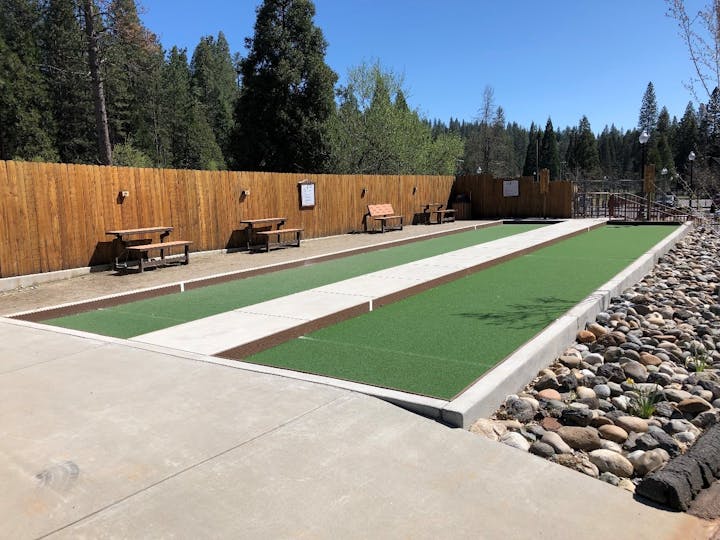